Fashion retailer Aeropostale is using social and mobile messaging to build anticipation for the upcoming reveal of its new rebranding initiative on July 28, including a text campaign inviting customers in-store and hashtag promotions. By using provocative messages such as “You’ve changed so we’ve changed” and “Are You Who You […]

Fashion retailer Aeropostale is using social and mobile messaging to build anticipation for the upcoming reveal of its new rebranding initiative on July 28, including a text campaign inviting customers in-store and hashtag promotions.

By using provocative messages such as “You’ve changed so we’ve changed” and “Are You Who You Were a Year Ago?,” the retailer aims to relate to a younger generation regarding life changes while driving interest  in its new look. The messaging is intentionally vague to draw in attention via mobile and social, where the retailer’s target audience spends much of its time.

“This approach requires a more intimate, direct channel,” said Gary Schwartz, president and CEO of Impact Mobile, New York. “Retailers’ marketing spend is increasingly moving to what is referred to as an adaptive model with just-in-time data-driven targeting. That is the “now” in Aero Now.”

“As the retailer grows their affinity opt-ins they have the ability to tie the channel to their bricks and mortar,” he said. “The evolution of Aero Now is to build a proximity marketing footprint around their stores using Wi-Fi opt-in for direct communications or in the case of their mobile apps, beacons.”

Mr. Schwartz is not affiliated with Aeropostale but agreed to comment as an industry expert.

Aeropostale did not respond by press deadline.

Text + social
The campaign requests fans’ selfie submissions on Instagram to further spread awareness and uses the slogan “Are you who you were a year ago? You’ve changed so we’ve changed.” Aeropostale claims to choose the best submissions to be featured on its Instagram account.

The text campaign requests opt-ins by texting “Now” to Aero87. Mobile users then receive an invitation to participating stores July 28 at 4 p.m. for a “reveal.”

Aero compiled a slideshow of images executed as a video on YouTube to engage its followers by leaving them hanging. The video proposes a simple question and includes the hashtag #AeroNow at the end of the video, but does not disclose any additional information. The technique entices the viewer and causes them to inquire further.

Are You Who You Were A Year Ago?

The emotional aspect within the campaign connects with teenagers and other young consumers given the many changes they must adapt through. Similarly as teenagers are finding a place for themselves in the world, Aeropostale attempts to reinstate itself in a modern, technological savvy atmosphere as well.

The use of mobile, particularly text and social, has shown to be an effective marketing strategy for younger generations, and Aeropostale’s campaign aims to reel in customers for the reveal, prompting them to shop a new in-store experience.

Mobile expansion
Over the last few years, Aeropostale has made several attempts to incorporate technology into the shopping experience, whether it be in-store or online via mobile. Through an app and the use of iPads in-store, these efforts show a desire to connect further with its consumers.

In 2013, Aeropostale looked to provide a better and more engaging shopping experience with an app, which featured an outfit style guide that let customers view and purchase curated and complete seasonal and trending looks.

Consumers also had the ability to scan an item in-store to read enhanced descriptions and product reviews. Customers are also able to buy the item directly via their mobile device through the app (see story).

In 2012, the mall-based retailer incorporated mobile into its concept store that used technology to engage in-store shoppers.

The company partnered with Usablenet to execute the mobile effort. Aeropostale’s Roosevelt Field location featured fitting rooms, which were equipped with iPads and helped the company better interact with its customers. Aeropostale believed through this new initiative, the company was able to make an emotional connection with its customer by placing iPads in fitting rooms, where customers were able to select and listen to their favorite music while trying on clothes (see story).

The keys to these campaigns are personalization and community.

“For years, retailers have been aware of the need to develop a direct relationship with their mobile shoppers,” Mr. Schwartz said. “Aeropostale, like many retailers, have no alternative but to focus and cater to their mobile consumer. Text and social channels allow them to develop an adaptive model.”

Fri Sep 25 , 2020
It’s been an eventful week regarding Bears receiver Allen Robinson’s frustrations over contract negotiations with the team. After Robinson scrubbed his social media accounts of all references to the Bears, things escalated to the point where teammates were calling for the team to sign Robinson to a well-deserved extension and […] 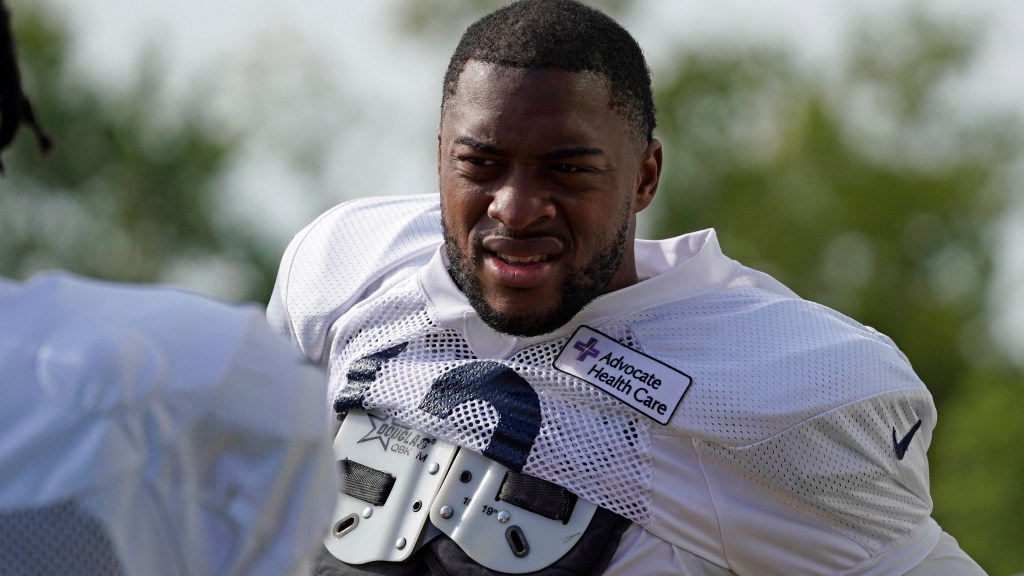