A York County man tried to fake out police and his insurance company by claiming his car was stolen at Antietam Lake, authorities said Thursday. Daniel L. Slaughter, 25, Felton, boasted of insurance fraud on social media on Feb. 25, then the car was reported stolen on May 10. Central […]

A York County man tried to fake out police and his insurance company by claiming his car was stolen at Antietam Lake, authorities said Thursday.

Daniel L. Slaughter, 25, Felton, boasted of insurance fraud on social media on Feb. 25, then the car was reported stolen on May 10.

Central Berks Regional Police Detective Deron Manndel thought there was something fishy about the stolen car incident and eventually got a search warrant for Slaughter’s cellphone and the evidence he needed to file charges.

“LOl so my buddy and i figured out what to do with my bmw,” Slaughter wrote on Snapchat on Feb. 25, a screenshot of which was found in the photo gallery of his cellphone, according to the criminal complaint.

The message continued: “Gunna chop it up in pieces, scrap it. Once it’s all gone, going to some hiking trails around here and claiming it stolen. They wont find it and after 30 days I’ll get 30k lol!”

Investigators presented the message along with other findings during Slaughter’s preliminary hearing Wednesday before District Judge Sandra L. Fegley, who held Slaughter for court on charges of insurance fraud and filing a false report.

According to the investigators:

Slaughter reported he parked the car in the Mudcatcher Lot off Angora Road in Lower Alsace Township in the early afternoon of May 10 and went for a roughly two-hour hike with his girlfriend, who was not named. When they returned, the car was missing. He called for police.

Manndel reviewed the incident report filed by one of the patrol officers.

Manndel said he found the theft suspicious because it’s rare for high-end vehicles to be stolen in daylight in an area where a lot of people were coming and going. The owner’s account of leaving the car unlocked with the keys in the glove box was also suspicious.

Manndel advised the patrol officer of his suspicions and contacted an agent with the National Insurance Crime Bureau, which assigned the case to one of the investigators with Slaughter’s insurance company.

Manndel learned from those investigators that Slaughter’s ex-wife told them that Slaughter told her in February that he sold his BMW.

Furthermore, a Carfax report showed no sale or title transfer listed by Slaughter, who was behind on the loan for the BMW as well as payments on a Harley-Davidson motorcycle.

Slaughter’s ex-wife said at the time that he was unemployed due to COVID-19 and had also fallen behind on child support payments.

On July 13, Manndel obtained a search warrant for Slaughter’s cellphone. Slaughter came to the Central Berks station in Mount Penn for a scheduled interview later that day.

Manndel told Slaughter that he believed his report of the car being stolen was false, but Slaughter continued to insist the car was stolen.

The detective told Slaughter that he had a search warrant for his phone, and the owner handed it over.

Snapchat is a multimedia app whose principal feature is that messages or images are only available for a short time.

But in the device’s image gallery, Manndel found a screenshot of the Feb. 25 message.

Sat Sep 19 , 2020
For months, Michael Caputo worked vigorously behind the scenes to shape the health department’s pandemic messaging by contradicting career scientists, disputing coronavirus research and prioritizing President Donald Trump’s electoral fortunes. But within hours of Caputo’s abrupt departure for medical leave on Wednesday, Trump went out and did much the same […] 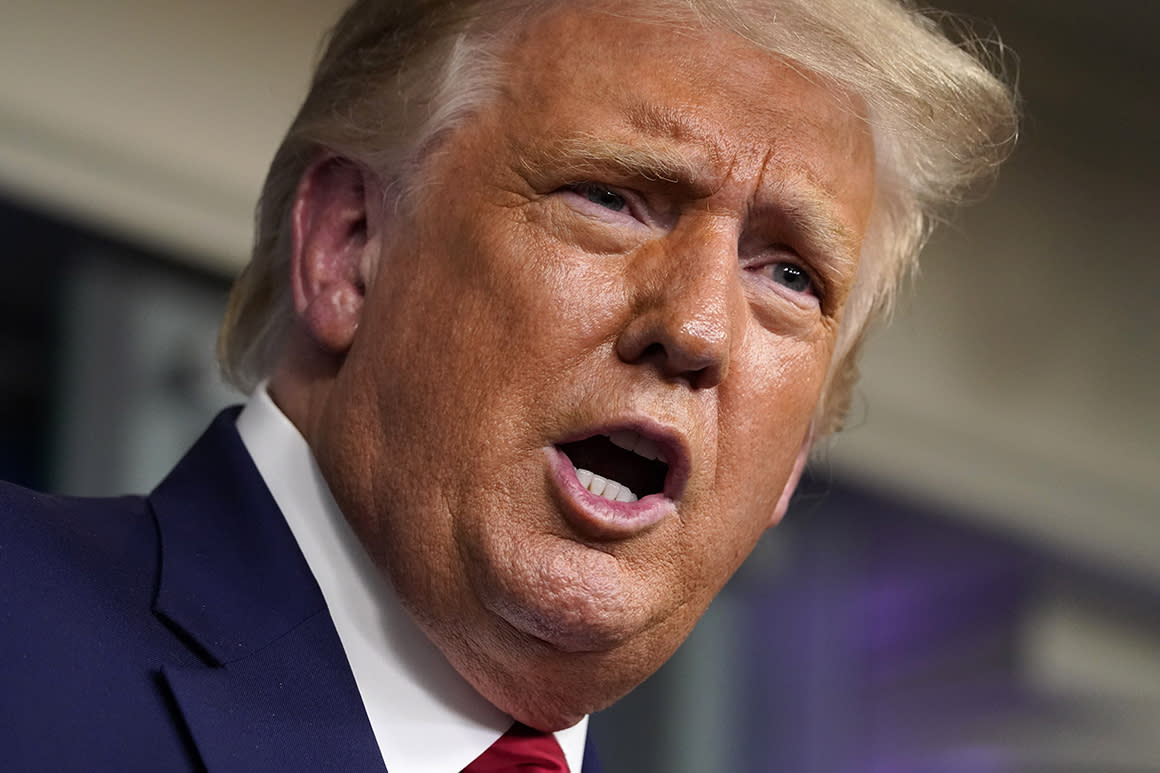