(Bloomberg) — Only a few winners have emerged among the hedge-fund managers and short-sellers who pitched their top trade ideas at last year’s Sohn Investment Conference in Hong Kong, after markets were rocked by the coronavirus outbreak. WT Asset Management’s Wang Tongshu is the clear standout, with his pick of […]

(Bloomberg) — Only a few winners have emerged among the hedge-fund managers and short-sellers who pitched their top trade ideas at last year’s Sohn Investment Conference in Hong Kong, after markets were rocked by the coronavirus outbreak.

WT Asset Management’s Wang Tongshu is the clear standout, with his pick of Chinese e-commerce platform Pinduoduo Inc. benefiting as the pandemic accelerated a global shift to online shopping. It was the opposite result for Flowering Tree Investment Management’s Rajesh Sachdeva and Tybourne Capital Management’s Eashwar Krishnan, whose bullish bets on Indian banks turned sour as bad loan provisions surged and earnings slumped.

As some of the region’s top hedge fund managers gather again Wednesday in Hong Kong, this time virtually, here’s a look at how some of last year’s ideas fared:

The call: Wang predicted Pinduoduo would eclipse JD.com Inc. to become China’s second-largest e-commerce platform. Its initial focus on rural areas gave it a different client base and merchant pool than Alibaba Group Holding Ltd., allowing them to co-exist and paving the way for faster growth.

Did it pay off? Yes, Wang is the big winner from last year. Pinduoduo’s American depositary receipts have more than quadrupled. WT Asset still holds the stock and believes in its long-term prospects, Chief Executive Officer Vivian Chang said.

The call: Grego said shares in Botox-maker Allergan Plc had been sold off too sharply and could rebound strongly if the company sold key assets or forced Chairman and CEO Brent Saunders to split his roles.

Did it pay off? Yes, ultimately returning “in the neighborhood of 40%,” Grego said. Within a month of Sohn, AbbVie Inc. offered $63 billion for Allergan. The stock initially rose but failed to reach the offer price amid fears it would be rejected. But Grego stuck to his guns, buying more shares before eventually selling out in early March.

“It went amazing,” Grego said in an interview this week. “If you take into account that we sold that position at the very beginning of the Covid crisis and used that cash to increase our position in tech companies, the resulting upside was really, really significant.”

The call: Japanese refrigeration-equipment maker Hoshizaki Corp. could climb at least 52%. Describing it as “a great business” hit by scandal, Fischer called for improved disclosure, more outside directors and nomination and remuneration committees.

Did it pay off? Initially. The stock surged 33% through early February, before the onset of Covid-19 wiped out most of the gain. Hoshizaki is heavily exposed to restaurants and bars, which have been hard hit by the pandemic. Oasis remains engaged with the company on increasing disclosure and sees further upside, a person familiar with the matter said. Representatives for Oasis declined to comment.

The call: Shares of Rogers Corp. could “easily double” within three years. The U.S. company makes specialty materials for the telecoms and automobile industries and would benefit from rising demand from the rollout of 5G networks and technological advances in cars, including self-driving and electric vehicles.

Did it pay off? No, the shares are down 20% since last year’s conference, which was held on May 30. Rogers once indirectly supplied Huawei Technologies Co. and ZTE Corp., which have been in the crosshairs of U.S.-China trade tensions. Yunqi sold out of Rogers in mid-July 2019, when Huawei switched to a domestic supplier, Wang said. It still took a gain on the investment, which started in December 2018.

The call: Shares of JXTG Holdings Inc., one half of a duopoly that controls Japan’s oil-refining industry, could soar at least 70% because investors had ignored improved profitability through government-supported consolidation and efforts to cut debt.

Did it pay off? No. Renamed Eneos Holdings Inc., the shares have dropped 23% since last year’s event, hit by the virus-induced drop in global transport demand. York hedged the investment with positions in oil producer Inpex Corp. and refiner Idemitsu Kosan Co. and still likes the stock relative to peers, Yamaguchi said.

The call: Idemitsu Kosan Co., the other half of Japan’s oil-refining duopoly, could surge more than 50% in the coming year because investors had undervalued the stock, given its forecast earnings and promised dividend payout.

Did it pay off? No. The stock has slid 25%, for much the same reasons as Eneos, while its minority stake in a Vietnamese refiner suffered as regional margins were crushed. ARCM hedged its trade with the likes of Inpex and retains a much smaller position in Idemitsu, which has an attractive dividend yield and trades at a big discount to book value, said a person with knowledge of the matter. Representatives for ARCM declined to comment.

The call: Krishnan touted Axis Bank Ltd. as a bet on India’s growing middle class’s increasing use of financial services, saying its CEO would transform it “from a reckless, corporate-focused lender to a meticulous, process-driven retail and SME-focused institution.”

Did it pay off? No. Axis has slumped 45%. Profit fell in the June quarter as it set aside more money for bad loan provisions. It’s also seeking to bolster its capital buffer through a share sale.

The call: Sachdeva picked IndusInd Bank Ltd. as one of India’s most profitable private banks, betting an acquisition of micro-lender Bharat Financial Inclusion Ltd. would boost its return on assets.

Did it pay off? No. IndusInd shares have plunged 62%. The central bank rescue of rival Yes Bank Ltd. heightened concerns over bank founders borrowing against their shares, worsening asset quality and an erosion of low-cost deposits. IndusInd Bank then reported a slump in profit, as it increased provisions.

For more articles like this, please visit us at bloomberg.com

Subscribe now to stay ahead with the most trusted business news source. 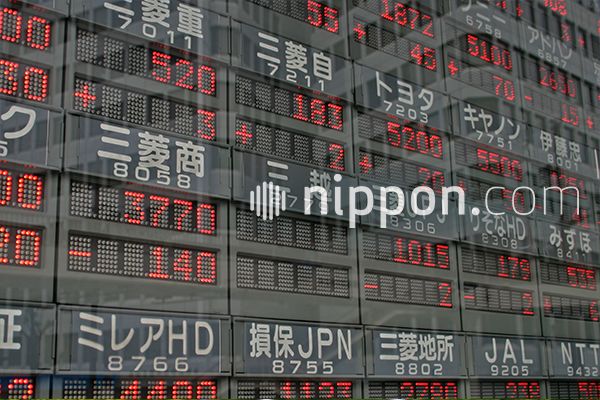