MENASHA – United Way Fox Cities CEO and President Peter Kelly will step down in May after more than 23 years of service, but he’s not coasting into retirement.

The community-building organization’s annual fundraising has nearly doubled since Kelly took over in 1998 from $4.6 million to $9 million in 2019.  While he’s proud of the accomplishment, Kelly said he doesn’t want his retirement to detract from the impact the COVID-19 pandemic has had on the community.

“COVID has added a greater sense of urgency for a strong fundraising campaign this year,” he said. “I am confident that we will confront this challenge and raise the resources needed to fund nearly 100 programs and initiatives that make a difference every day in our community.”

United Way Fox Cities raises money to support local nonprofits and organizations that improve and strengthen the community. It focuses on developing youth, promoting health, providing basic needs and strengthening families. Kelly’s friends and colleagues say they aren’t surprised he’s turning his retirement into a final fundraising effort instead of highlighting his accolades.

“The Peter I know, the first thing on his mind is we have a community that has a lot of needs and has been impacted by COVID in many, many ways,” said Jim Kotek, Menasha Corporation CEO and former United Way board chair. “We’ve got companies that are hurting, we have individuals who are hurting, and yet we still need to raise money to serve needs.”

Kelly played a pivotal role in partnering with the Community Foundation for the Fox Valley Region to do just that. The organizations launched the COVID-19 Community Response Fund, which supports local community organizations that have been impacted by the pandemic.

The money funds basic needs like shelter, healthcare, childcare and food, as well as short-term response and longer-term recovery efforts. To date, the fund has provided more than $1.3 million for 94 local organizations, according to the Fox Cities Community Foundation.

Fox Cities Community Foundation CEO and President Curt Detjen said working on the initiative with Kelly has brought their organizations closer together, and they’ve been able to share databases and insights. Having two major fundraising entities working so closely together in one community is unique and part of Kelly’s legacy in the Fox Cities, Detjen said.

“(Peter) is a natural connector and has built a United Way team and organization that is one of the very best in the nation,” he said. “It’s so easy for me to pick up the phone and call Peter to share ideas and to brainstorm about approaches to different communities, issues and opportunities.”

Kelly is originally from Green Bay and graduated from Abbot Pennings High School. He went on to earn an economics degree from the University of Wisconsin-Madison and worked in marketing for Menasha Corporation from 1987 to 1998 before taking over as president and CEO of United Way Fox Cities. Kelly said he learned early on at United Way that collaboration is essential to creating positive change in the community.

“I realized that in order to do community work, we needed to work together for the common good,” he said. “No longer was it about trying to take market share or donor dollars away from someone else, it was more about working together.”

Kelly also worked to transform United Way Fox Cities into a community impact model that focuses on establishing goals and strategies, as well as measuring their outcomes and mobilizing resources to address community needs. The organization currently funds 84 programs at 38 local nonprofits.

Lois Mischler, Family Services of Northeast Wisconsin vice president, leads one of those organizations. She said Kelly worked with her to bring mental health services to local school districts through the United Way’s PATH program. PATH is an acronym for Providing Access To Healing. The program funds mental health counseling in 37 schools throughout all 10 Fox Cities school districts.

While discussing the program over coffee, Mischler said she was moved by Kelly’s honesty about creating a sustainable funding model and genuine curiosity about her organization’s work.

“There was an openness and transparency in that meeting and a genuine trust and respect that I don’t know how to explain,” she said. “I know it was just coffee, but it was so meaningful to me because I could see him care, I could see him struggle with how to make this sustainable, I could see him think about how to bring in other partners, I could see that he really wanted to know.”

“Every time I see Peter, he’s knowledgeable, passionate, he cares,” she said. “He was able to give me some insight into what did not go well in the past or what perceptions may be, and from an outsider perspective was able to help me understand a little bit more of some of the community impressions.”

Jon Stellmacher, former Thrivent vice president and former United Way board chair, described Kelly as a humble leader who’s willing to do anything for the good of the community. Stellmacher said he remembers a fundraising campaign where Kelly agreed to shave his head if they reached their goal; and another where Kelly dressed like a superhero to show anyone can be heroic by helping others in need.

The United Way Fox Cities Board of Directors has created a transition committee that will hire Kelly’s successor. Board chair Jeff Curtin said it will be difficult to find a candidate who will match Kelly’s motivation and enthusiasm for the Fox Cities.

“It’s not going to be an easy task for us that’s for sure,” he said. “I think that’s a good indication of the impact that somebody has when folks are concerned about how they’re going to be able to fill those shoes.”

Kelly said he plans to stay in the Fox Cities after retirement and looks forward to traveling, spending time with family and, possibly, the pursuit of continuing his education. Kelly said one of his biggest takeaways from his 23 years of service is how much the people of the Fox Cities care about one another.

“We have an incredibly generous community,” he said. “I’m amazed at how much we can accomplish when we truly work toward a common goal.”

Waymo opens robo-taxi service to the public in US city

Fri Oct 16 , 2020
Bloomberg China’s Headlong Rush into Hog Farms Sparks Boom-Bust Fears (Bloomberg) — Investing in Chinese hog farms may never have been so profitable, and that’s spurred fears that the boom may soon turn into a bust.Record pork prices mean that breeders are potentially enjoying their highest returns ever, and that’s […] 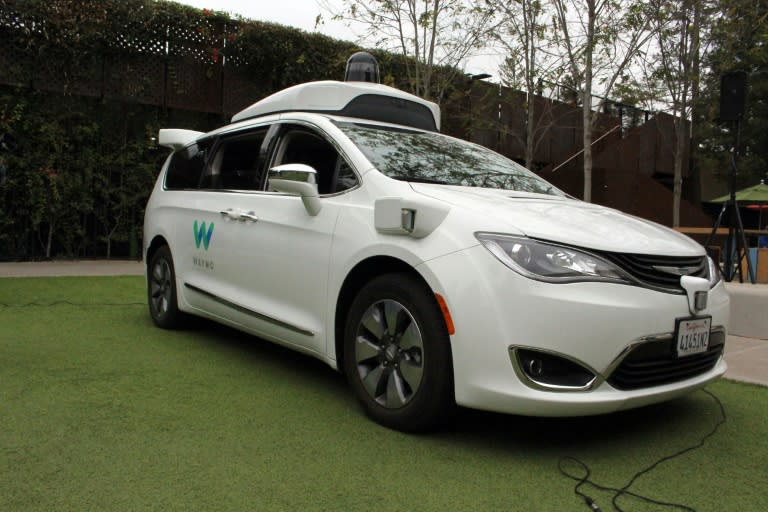