BY J’AMY OWENS
The Retail Group


SILO, Clothestime, Barneys and Littler. What do these companies have in common? Give up? Whether it’s poor management, a lack of consumer awareness, increased competition or a variety of other roadblocks, they have all fallen into the Chapter 11 abyss facing far too many retailers today.


Retail 1996 is off to a Darwinian start. It’s the year the stores are “closing their doors” and falling victim to the process of natural selection — only the strong shall survive! How has retail in the 90s gotten to this state and what can be expected in the future? A look at the retail trends of this decade reveals some answers.


During the same time period, spending has increased at a much slower rate of 30 percent. Bankruptcy, liquidation and massive consolidation has become a growth industry in 1996, serving as the adjustment mechanism trying to bring this imbalance back into equilibrium.


As the population becomes increasingly fragmented and specialized, the major trend in retailing has been just the opposite. Retailers are not taking advantage of technology’s ability to personalize and individualize consumers. Instead, they are consolidating vendors and lumping consumers into one profile — and it is not working.

Everyone this past holiday season ranging from The Gap and Banana Republic to Ann Taylor and Barneys was pushing the same merchandise: angora sweaters, shiny silk and rayon shirts, and long skirts in similar patterns and materials — no individuality or personalization whatsoever. The results were poor holiday sales, proving that too much sameness can be deadly for retailers. Lifestyles and social patterns are constantly changing. They must be recognized and addressed by retailers.


But how do retailers figure out which merchandise is salable and demanded by the 90s consumer?


The answer lies with the Baby Boomers and Generation X-ers, the two populations most significantly affecting retail today.


It’s undeniable that the Baby Boomers are getting older. These descendants of Ward and June Cleaver are managing jobs, raising kids and trying to keep their heads above water. Their focus has shifted to more technological, service- and home-oriented pursuits: they’ve bought the house, leased the Explorer and had a couple of kids. Their money is going towards weekend ski vacations, area rugs, weed-eaters and computers installed with Windows ’95, not silk blouses, angora sweaters and Isotoner gloves.


As a result, today’s big winners sell things that provide convenience, pampering or help keep Father Time at bay. Anything that plugs in, at a really good price, is also hot. People are foregoing the $40 and $50 clothing purchases to save up for one big-ticket item for the family, such as a home theater system or an 18-inch digital satellite dish.


The good old aerobics instructor at the health club in your office building has been replaced by Cindy, Kathy and Elle, the bikini-clad, Sports Illustrated supermodels who bring you a demanding and challenging video workout in the privacy of your own home.


Similarly, the trip to the local mall has been replaced by picking up a telephone and flipping a TV or computer switch. Purchases are being made on-line, via the Home Shopping Network, QVC or a 1-800 catalog number.


The Wal-Marts and Targets out there are flourishing, as well as the electronics and home furnishing retailers that are featuring manufacturers’ specials for no money down, with no payment for six months or more.


Homes in the 90s are more relaxed, comfortable and eclectic. Companies and department stores ranging from Eddie Bauer and The Bon to Ernst and Montgomery Ward have picked up on this trend and are pursuing vigorous home strategies and creating free-standing home stores.


JC Penney plans to open 10 to 12 new free-standing home stores in 1996, in addition to the chain’s current five home stores. Federated Department Stores devotes 25 percent of its merchandise mix to home, with two of its divisions, Macy’s West and Burdines, already having successful home stores. At Spiegel, home has been strong for a number of years, with home merchandise accounting for over 50 percent of the retailer’s two major catalogs.


Fashion designers, such as Calvin Klein and Ralph Lauren have also jumped on the home furnishings bandwagon, while thriving companies such as Pottery Barn, Crate & Barrel and Williams Sonoma can also attribute their success to recognizing the lifestyle shift.


Thanks to the Boomers, a generation of people who are actually willing to spend a little more to pay for what they want, an opening has been created for the return of the department store. With Sears, May, The Bon and Nordstrom all pursuing aggressive expansion plans in 1996, department stores will be an exciting, ever-dependable retail resource for the 90s consumer.


While the Boomers have had a significant influence on retail today, the impact of the Generation X-er can’t be overlooked or overstated. Unlike the Boomer, the X-er has grown up on a steady diet of easily-accessible entertainment. They thrilled to “Jaws” and the “Star Wars” trilogy at the multiplex, and in the 1970s, they were introduced to Atari, Microsoft and Pong. Remember Pong?


The X-ers have grown up with a wide variety of options available to them and are extremely picky about what they choose to pay attention to — in everything from jobs to personal possessions to restaurants. Their “modus operandi” appears to be: If it doesn’t interest you, change the channel and move on.


At Incredible Universe, electronics, computers and appliances are sold amid product demonstrations, karaoke contests and laser shows. Twenty percent of the people who visit a store, return within a month — a figure three to four times the industry standard.


The Mega Mart, a 100,000-square-foot electronic and appliance superstore designed by The Retail Group for the Nebraska Furniture Mart in Omaha is a prime E-factor example. With video walls, listening stations and full rooms dedicated to individual products (i.e. the 19-inch TV room), shoppers get an unforgettable, interactive buying experience. They can stop by the campus-like Computer University department, attend a demonstration by Julia Child or The Frugal Gourmet in the kitchen section, catch a movie in the Home Theatre area, and visit Edy’s for a latte.


The Mega Mart is currently outperforming all other electronics/appliance stores in the country two to one, and is considered by many to be the king of entertainment/infotainment-based retailing.


The message is clear: make it fast, make it fun, don’t keep it the same for too long. There are 46 million X-ers out there with $100 billion dollars to spend. They’re cautious, caffeinated and very important retail customers.


In direct response to the Boomers and the X-ers is the emergence of the category killer, the single product-dominant, mass merchandising retail concept of the 90s. Unless you’ve been asleep for the past five or six years, you’ve had some sort of interaction with this type of store. You’ve bought screws at Home Depot, sunglasses at the Sunglass Hut, or a fax machine at CompUSA. These price and selection-driven store concepts are where the exhausted, time-poor consumers of the 90s are spending their discretionary income.


So where does all this information lead us? What type of concepts can be expected to flourish in the future?


In 1996, I foresee the retail pendulum swinging away from possessions and hard goods, significant in the 80s, to soft goods and services that are psychologically comforting and emotionally purposeful.


Quality of life gifts and services such as trips, theater tickets, massages and ski lift passes will be hot, while juice and water bar concepts, beer and wine making, and anything related to the “Martha Stewart imperative” will have increasing influence as customers combine the searching for mean with do-it-yourself. Anything homemade and handmade is considered high status, so brush up on those arts and craft skills.


Craft concepts like Paint the Town in University Village and the new Paint Bar in Bellevue Square are hip new ideas to hit the Northwest. Additional best-bets in 1996 include healthy fast food concepts such as Alfalfa’s, the delivery business, preventive health care and anything holistic — all trends that relate to the aging consumer’s need for health and convenience.


The traditional product mix won’t be enough to bring the 90s customer into your store. Retailers of the future must draw upon their capital, their creativity and the latest technology to create demand and bring consumers something they can’t get at home. Build it and merch it with some fun, innovation, entertainment and personalization, and the customers will come!

Fame has brought me joy, but no money

Sat Sep 19 , 2020
From 1975 when Tony Akposheri began his acting career, he has remained constant as the northern star in tinsel town. Popularly known as ‘Zakeu (Zaccheus),’ a character he portrayed in the rested comedy sitcom, New Masquerade, Akposheri who somehow has managed to stay off controversies has overtime witnessed the evolution in […] 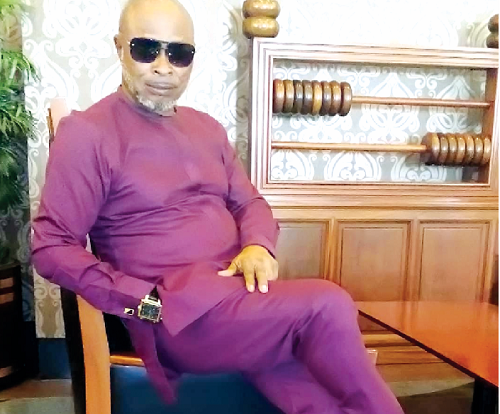