Business cards were already overdue for obsolescence when the pandemic hit. Now, we’re not even shaking hands. Exchanging physical business cards is definitely out for now. Google is testing an online business card replacement called People Cards. The idea is for professionals to create a profile for Google Search. Instead […]

Business cards were already overdue for obsolescence when the pandemic hit. Now, we’re not even shaking hands. Exchanging physical business cards is definitely out for now.

Google is testing an online business card replacement called People Cards. The idea is for professionals to create a profile for Google Search. Instead of exchanging physical paper business cards, you can just say: “Google me,” and they’ll find your “business card” right there in the search results.

People Cards is being tested now only in India and only in the English language.

Why Google is the right company to do this

The world needs a universal online replacement for business cards. Of course, lots of apps and services have emerged over the years, but none has caught on. The main reason is that there have always been far too many solutions, so to pick any one solution for your own business card is to not pick the others. It has to be universal.

People Cards leverages the existing way most people find information about a potential or actual business contact — they Google it. By simply using the same action, the user-created and user-authorized People Card would come up with the desired information.

That’s why Google is one of the only companies that can offer a universal standard replacement for business cards.

Why Google is the wrong company to do this

Unfortunately, Google has tried and failed many times and in many ways to offer online business card replacements.

Before Google’s now-defunct Google+ social network even existed, Google offered something called Profiles, which was essentially a web page filled with business card-like information, as well as space for multiple links to both personal and professional projects and sites.

Google integrated both Profiles and Gmail into Google+ in 2011. That meant your basic “profile” in Google+ was simply the information from your old “Profiles” page, if you had one. And this information was also available from Gmail.

But here’s a confidence-killing fact: Although both Profiles and Google+ are long dead, they’re still referenced in Gmail.

For example, when you browse your Gmail inbox, you’ll find that some senders have a circular photo next to their names when you open the message. By hovering over this photo, you’ll get the basic business card information from either Google+ or Profiles for many users.

And so the trouble is not just that few trust Google to continue support for the new services they launch. They cannot be relied upon even to fully close the services they close.

By the way, the place to update your information that appears in Gmail is what Google calls “Profile” (and not “Profiles”, as the old one was called). By updating the information here on your Google “Profile” page, you’ll get rid of the Google+ or Profiles link when people hover over your photo in Gmail, and also be able to update your personal information.

The main difference between the old “Profiles” and the current “Profile” is that “Profiles” was a publicly visible page and “Profile” contains information that is mostly between you and Google.

At first, Google wanted your Google+ profile to be your business card replacement. To curb identify theft and fraud, they instituted a “real names” policy requiring users to use their “real name” as their handle, rather than a pseudonym or nickname. Users rebelled (in a conflict called the “Nymwars”), and Google apologized and reversed the policy, indicating a squeamishness for seeing through a service that could actually serve as an authenticated business card.

Later, Google instituted a verification system for journalists. They began to include headshots and links to Google+ profiles of the writers of items in Google News search results. They also showed how many users in each writers’ “Circles” (how many followers on Google+), and enabled users of Google News Search to add those writers to their “Circles” directly from the Google News results.

As a journalist who also used Google+, this was a fantastic feature. They should have expanded this to other kinds of professionals. Instead, they unceremoniously killed the feature, then the social network.

The trouble with verification

Users add their People Cards profiles via mobile phone, and the phone number serves as one point of verification. The Google Profile serves as the other.

However, anyone can create a Google Profile, and everyone has a phone number. If Google goes through with a global rollout of People Cards, they’ll find themselves in the unhappy business of adjudicating claims around who actually owns the profile. For example, those who do not use People Cards or are slow to use it may find “squatters” occupying their information.

Google says users will be able to “flag” accounts they believe are fraudulent or identity stealing.

When people do have the same name, their People Cards will come up along with the search. Searching for very common names like James Smith, Maria Garcia or Zhang Wei will no doubt bring up thousands of entries.

So it’s possible that when Google rolls out People Cards worldwide, that people won’t use it. And if they do use it, it could cause headaches for Google. And they could kill it.

Why you should use People Cards anyway

Google has earned a reputation in recent years as the new Yahoo — the company that serially launches or acquires online products, only to kill them later. Users are reticent to embrace their new offerings as a result of this fickleness.

However, People Cards is different. Because it’s a kind of set-it-and-forget-it service, there’s no reason not to use it.

In other words, it’s not like Google Reader or Google+ where users invested thousands of hours of their time and were unsurprisingly disappointed when Google flushed all that valuable user time down the toilet by killing those services.

People Cards will require almost no investment in time. So we might as well all use it.

And hopefully, Google will even continue supporting it forever. If they did that, we could finally see the end of the primitive practice of passing around our contact information on dead tree pulp.

The business card is dead. If only Google would finally kill it. 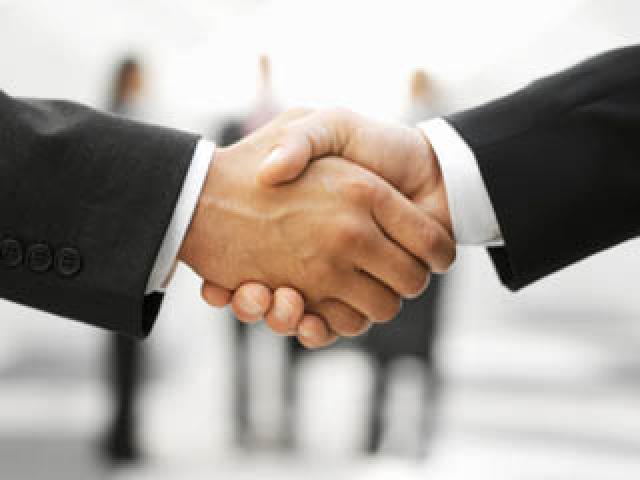