Money, in and of itself, is nothing. It can be a shell, a metal coin, or a piece of paper with a historic image on it, but the value that people place on it has nothing to do with the physical value of the money. Money derives its value by […]

Money, in and of itself, is nothing. It can be a shell, a metal coin, or a piece of paper with a historic image on it, but the value that people place on it has nothing to do with the physical value of the money. Money derives its value by being a medium of exchange, a unit of measurement and a storehouse for wealth. Money allows people to trade goods and services indirectly, understand the price of goods (prices written in dollar and cents correspond with an amount in your wallet), and gives us a way to save for larger purchases in the future.

Money is valuable merely because everyone knows everyone else will accept it as a form of payment—so let’s take a look at where it has been, how it evolved and how it is used today.

Understanding the History of Money

A World Without Money

Money, in some form, has been part of human history for at least the last 3,000 years. Before that time, it is assumed that a system of bartering was likely used.

Bartering is a direct trade of goods and services—I’ll give you a stone axe if you help me kill a mammoth, for instance—but such arrangements take time. You have to find someone who thinks an axe is a fair trade for having to face the 12-foot tusks on a beast that doesn’t take kindly to being hunted. If that didn’t work, you would have to alter the deal until someone agreed to the terms. One of the great achievements of money was increasing the speed at which business, whether mammoth slaying or monument building, could be done.

Slowly, a type of prehistoric currency involving easily traded goods like animal skins, salt and weapons developed over the centuries. These traded goods served as the medium of exchange even though the unit values were still negotiable. This system of barter and trade spread across the world, and it still survives today in some parts of the globe.

Sometime around 770 B.C., the Chinese moved from using actual tools and weapons as a medium of exchange to using miniature replicas of the same tools cast in bronze. Nobody wants to reach into their pocket and impale their hand on a sharp arrow so, over time, these tiny daggers, spades, and hoes were abandoned for the less prickly shape of a circle, which became some of the first coins.﻿﻿ Although China was the first country to use recognizable coins, the first minted coins were created not too far away in Lydia (now western Turkey).

In 600 B.C., Lydia’s King Alyattes minted the first official currency. The coins were made from electrum, a mixture of silver and gold that occurs naturally, and stamped with pictures that acted as denominations. In the streets of Sardis, circa 600 B.C., a clay jar might cost you two owls and a snake. Lydia’s currency helped the country increase both its internal and external trade, making it one of the richest empires in Asia Minor. It is interesting that when someone says, “as rich as Croesus”, they are referring to the last Lydian king who minted the first gold coin.﻿﻿ Unfortunately, minting the first coins and developing a strong trading economy couldn’t protect Lydia from the swords of the Persian army.

Not Just a Piece of Paper

Just when it looked like Lydia was taking the lead in currency developments, around 700 B.C., the Chinese moved from coins to paper money. By the time Marco Polo visited in 1271 A.D., the emperor had a good handle on both money supply and various denominations. In the place where the American bills say, “In God We Trust,” the Chinese inscription warned, “Those who are counterfeiting will be decapitated.”﻿﻿

Europeans were still using coins all the way up to the 16th century, helped along by acquisitions of precious metals from colonies to keep minting more and more cash. Eventually, the banks started using bank notes for depositors and borrowers to carry around instead of coins. These notes could be taken to the bank at any time and exchanged for their face values in silver or gold coins. This paper money could be used to buy goods and operated much like currency today, but it was issued by banks and private institutions, not the government, which is now responsible for issuing currency in most countries.﻿﻿

The first paper currency issued by European governments was actually issued by colonial governments in North America. Because shipments between Europe and the colonies took so long, the colonists often ran out of cash as operations expanded. Instead of going back to a barter system, the colonial governments used IOUs that traded as a currency. The first instance was in Canada, then a French colony. In 1685, soldiers were issued playing cards denominated and signed by the governor to use as cash instead of coins from France.﻿﻿

The shift to paper money in Europe increased the amount of international trade that could occur. Banks and the ruling classes started buying currencies from other nations and created the first currency market. The stability of a particular monarchy or government affected the value of the country’s currency and the ability for that country to trade on an increasingly international market. The competition between countries often led to currency wars, where competing countries would try to affect the value of the competitor’s currency by driving it up and making the enemy’s goods too expensive, by driving it down and reducing the enemy’s buying power (and ability to pay for a war), or by eliminating the currency completely.

The 21st century gave rise to two disruptive forms of currency: Mobile payments and virtual currency. Mobile payments are money rendered for a product or service through a portable electronic device such as a cell phone, smartphone or tablet. Mobile payment technology can also be used to send money to friends or family members. Increasingly, services like Apple Pay and Samsung Pay are vying for retailers to accept their platforms for point-of-sale payments.

Bitcoin​, released in 2009 by the pseudonymous Satoshi Nakamoto, became the gold standard—so to speak—for virtual currencies.﻿﻿ Virtual currencies have no physical coinage. The appeal of virtual currency is it offers the promise of lower transaction fees than traditional online payment mechanisms and is operated by a decentralized authority, unlike government-issued currencies.

Despite many advances, money still has a very real and permanent effect on how we do business today.

Sat Mar 28 , 2020
With the most powerful tools for business, you can solve problems more creatively, complete your tasks more simply, and collaborate with your team like never before. It’s work, only better. This is Apple at Work. The Apple Store is open for your business. Our team is available to show you […] 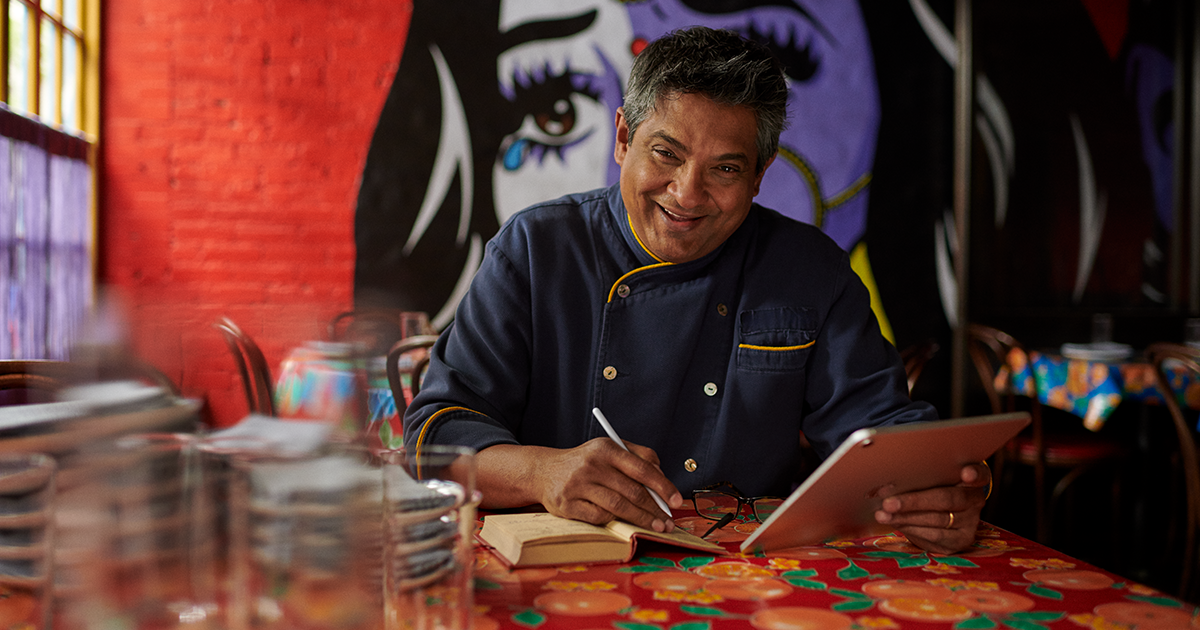